Hooray for the Return of Talk About It Tuesday!

First, though, I’d like it to be known that I just returned from a walk with Murphie.  And while we did not cross paths with two scary Huskies or judgmental owners, I will have you know that I pretty much went through a tornado whilst on our walk.

Okay, so it wasn’t dark.  Or rainy.  And I didn’t see Dorothy or Toto.

But it was super windy.  And Murphie kept acting as if she was going to turn back.  She’d look at me and I could read her mind.  Let’s turn back, she’d say.

And I said no.  And then she pooped.  This does not normally happen on our walks.  She is much like me in this manner and would rather take care of business at home.

So, for the first time ever, I put the bag in a little hiding place along the bushes and retrieved it on our way back.  I mean, people, windy + poop bag does not make for a good combination.  So I thought hiding it was a genius idea.

And yes, of course I waited until the coast was clear so no one would see me hide the bag for fear they would think I was not a good citizen of society!!

Anywho, we’re home now and Murphie is acting as if we should be in the backyard playing so now I’m the one hiding.

TALK ABOUT IT TUESDAY!  I have to confess – I’m going off memory here.  It aired way too late last night so I watched it this morning while I was on the treadmill.  And yes, the treadmill is perfectly comfortable to sit on, thankyouverymuch.

By the way, it aired too late because of Dancing with the Stars’ Season Finale.  And I do not watch that show.

But I did last night.

And I am now currently obsessed with Maxim and Meryl and are they together in real life?!  And I googled them and read a ton of different things about it.

Seriously.  I am obsessed.  And I watched their freestyle number over and over.

Okay.  Here we go.  Onto the show I really do watch:

Beautiful Bachelorette.  I’d like to hate her, but I don’t.  Not yet, anyway.

And before we start talking about any of the guys, let’s talk about my boyfriend first. 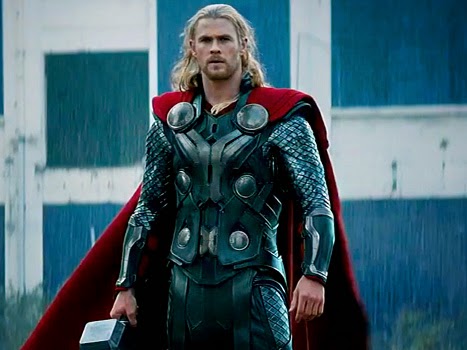 {source}
Can we all just agree that my boyfriend, Thor, is basically the only man who can pull off this hairstyle?
Okay, okay.
Him too. 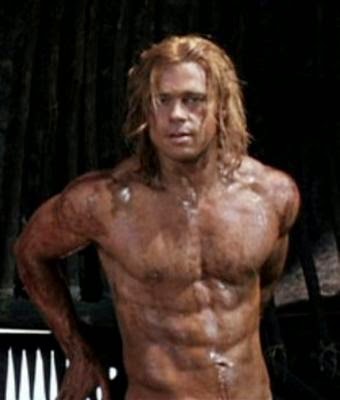 {source}
There.
I could probably end my post right there.
You’re welcome.
But I won’t.
But let’s just say the Long Haired Bachelor Boys on last night’s episode — well, no.
Just no.
And man with the FLOOR LAMP FROM HIS HOTEL ROOM?
What?  At least have a line to go with it . . . I mean, he could have looked on Pinterest, for heaven’s sake.
You LIGHT up my life.
You are the LIGHT of my life.
Let’s shine a LIGHT on our relationship.
Come into the LIGHT.
I don’t know.  These are just off the top of my head.
And big workout trainer dude?  Pushing the limo?  Why?  WHY?  I think we could all see his big muscles through his suit jacket because he was wearing one that was two to three sizes too small for him.  We are not dumb, Mr. Trainer.
Is it just me or do Personal Trainers worry you, too?  I don’t need no stinking Personal Trainer looking at me in my dress devising up ways to make me look better in it.  No.  No thank you.  Pass the chips.
Then we had golf cart boy.  We get it.  You play golf.  Clever.
And what in the world was up with Chris from the WRONG SEASON?  Was this planned?  Staged?
Chris Harrison asked, “How did you know we were filming this now?”
Chris from the WRONG SEASON replied, “I didn’t.  I’ve been here for seven days.”
Hmmmm.  Sounds fishy, if you ask me.
I do respect Andi’s decision to turn him away.  It wasn’t fair to the other guys.
I thought Andi did a nice job of putting the guys at ease.  She seemed very comfortable with the whole thing.
Right now, I am liking Farmer Boy from Iowa.  Not the ‘stache, though.
I do like facial hair.  Don’t get me wrong.  But I don’t like just a ‘stache.  I can’t help it.  If you have a ‘stache, you need some other stuff to go along with it, otherwise you scare me a little.
But Farmer Boy didn’t scare me.  I want to get to know Farmer Boy better.  And am I crazy or is his name also Chris?
Oh!!!!  Oh my word.  We have to talk about the poor man that lost his life after they filmed.  Eric.  The Explorer.
That is the saddest thing ever.  If you didn’t watch, there is a guy that lost his life parachuting or base jumping or doing something as equally dangerous after filming wrapped.  And looking at previews — it looks like he’s with Andi for at least a few more episodes.  Gut wrenching, I tell you.  They dedicated the season to him.
My mind was spinning out of control wondering if Andi had picked him in the end and did he propose and then he died?!
But no.  Really, surely, that did not happen.
Someone put my mind at ease!!
He was so so so handsome.  His teeth.  His dimple.  His hair.
It is so sad.
I don’t know how to continue this post without looking bad.
Hmmmm.
Well.
Big sigh.
Deep breath.
Okay.
So.
Andi gave the first impression rose to some guy that I don’t really remember seeing too much . . . but we’ll get to know him next week when she takes him out on a date.
And there was one guy who got kicked off that was really embarrassed and overreacted.  WAY overreacted.  He needed to take a chill pill from the California Surfer Dude that said Stoked and Rad and also got kicked off.  Not to mention, Surfer Dude had long hair that didn’t work.  It just didn’t.
Bartender with Long Hair also got kicked off.
And Rudie the Attorney had to leave, too.
Tho Thad.
And that’s all I can think of at the moment.
I’m sure I am forgetting super important things so remind me!
LET’S TALK ABOUT IT!!!!!!!!!
🙂
« All Over The Place
Five for Fraturday »