We are getting things done at school.

And by that, I mean we are starting to get into a bit of a routine!  Yeehaw!!!

Yesterday marked our first official day of Centers.  It went great and the kids were super engaged and I never even had to open the music box.  It was just the right amount of noise.

In order to have Centers run smoothy, I introduced one center a day and we all did that center.  All of us.  The whole group.

Because I have a ton of kids, I needed to introduce EIGHT centers before I could really start centers the normal way.

So this is what we’ve been up to the last eight days in our class . . . although, this could be the longest post in the history of the world if I went into all eight centers so I’m going to blog about two centers each day until you’re all caught up.  Unless one is super easy to explain, and then maybe I’ll talk about three centers in one post.

So, let’s put it this way:  Read on and let’s see when I decided to stop writing for today.

If you need to go back and see how I organize my centers, read this post about how I revolutionized my centers a couple of years ago.  🙂

Here is our Center Chart . . . at the time, I hadn’t made any center group cards with student names because we weren’t ready to break off into groups yet.  But I just slide a card of names (four names on a card) into the slot next to each number card.  The numbers NEVER change.  I just rotate the name cards. 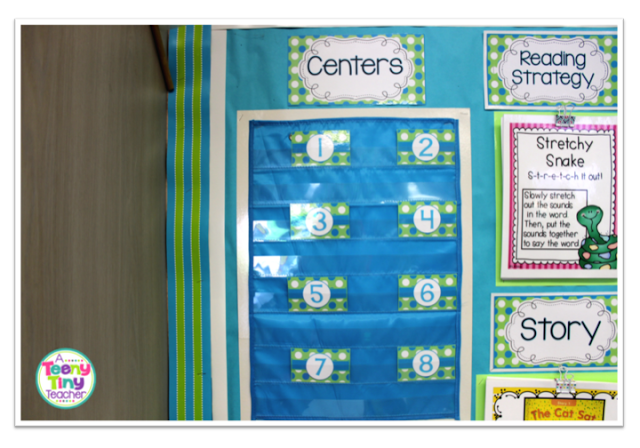 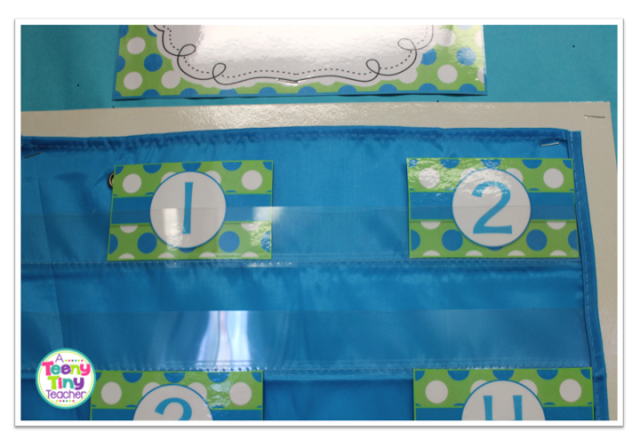 This is it in a nutshell:  I no longer make center cards with specific center names.  I don’t have center cards that say “Play-doh” or “Pattern Blocks” or “Fishing” or “Blah Blah”.  I just put whatever center I want in the tub marked number 1 and that’s where the students go.  The End.
It has saved my life.
I highly recommend it. 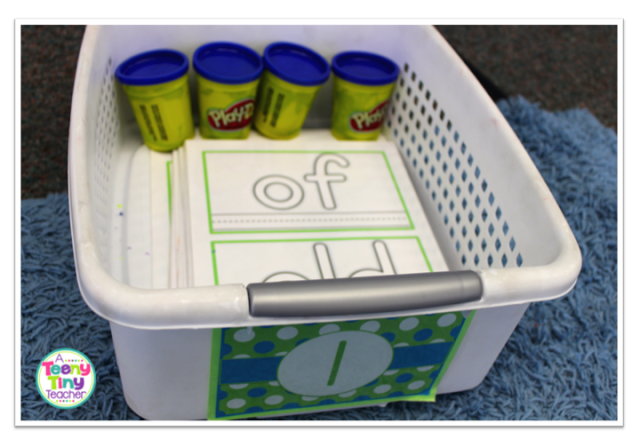 I gave each kid a container of play-doh (you could also have kids share a container, but I didn’t want any issues whatsoever and now I have so much play-doh, it will last me through the end of the year  until Christmas  until next Friday), I set a timer, and we just played with the play-doh.  Oh, believe me, it was so much fun.

When the timer went off, I passed out a sight word card to each child and demonstrated on my document camera how to fill in the sight word in play-doh.  I had copied the SAME play-doh mat on the copier in black-and-white so that we could all see how to do this.  I do it, you do it, I said.

My kids went nuts for this center (they do every year).  Then I passed out various cards to each table group and let them have at it.  But we were ALL doing Center 1 that day.

And we all became Center 1 experts.

We chanted and repeated and echoed the following phrase before I passed out any of the play-doh:

DO NOT MIX THE PLAY-DOH!

I learned it was an important step in explaining the directions from past experience. 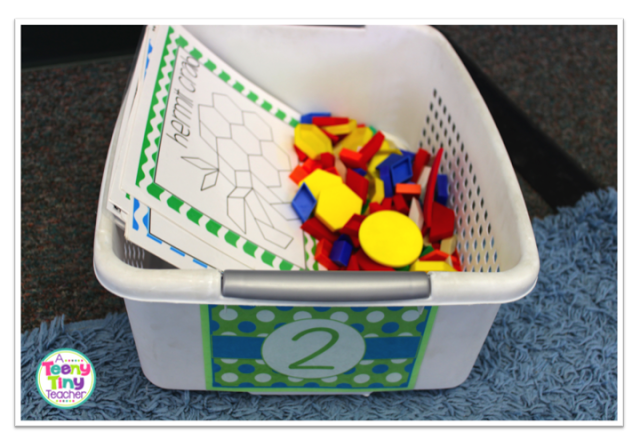 Our math curriculum comes with individual bags of pattern blocks for each student, plus I own a few sets of my own.

I gave each kiddo a baggie of pattern blocks, set a timer, and we played with the blocks until the timer went off.

Again, a ball was had by all.  First grade is so much fun and all that.

I’m the best teacher ever and all that.

This is the best day ever and all that.

Once we got going, I passed out various pattern block cards to each table group and we had a ball, as I previously said.

We ALL did Center 2 that day.

And we ALL became Center 2 experts.

Okay, this is where I’m stopping for today.

Come back soon and let’s see what Center 3 and 4 are.