Happy Happy Happy Weekend!!  Woot!  We have friends coming over tonight but I still get to stay in my pjs all day.  Really.

Our friends used to live next door (right next door, as in, the house NEXT DOOR) and we used to go over to each other’s houses for dinner IN OUR PJS.  At least, that’s what Stacie and I did because it was comfy and cozy, and once we walked back home, we were ready for bed.  Steve and Jason . . . notsomuch but I think that’s because they don’t have actual pjs. 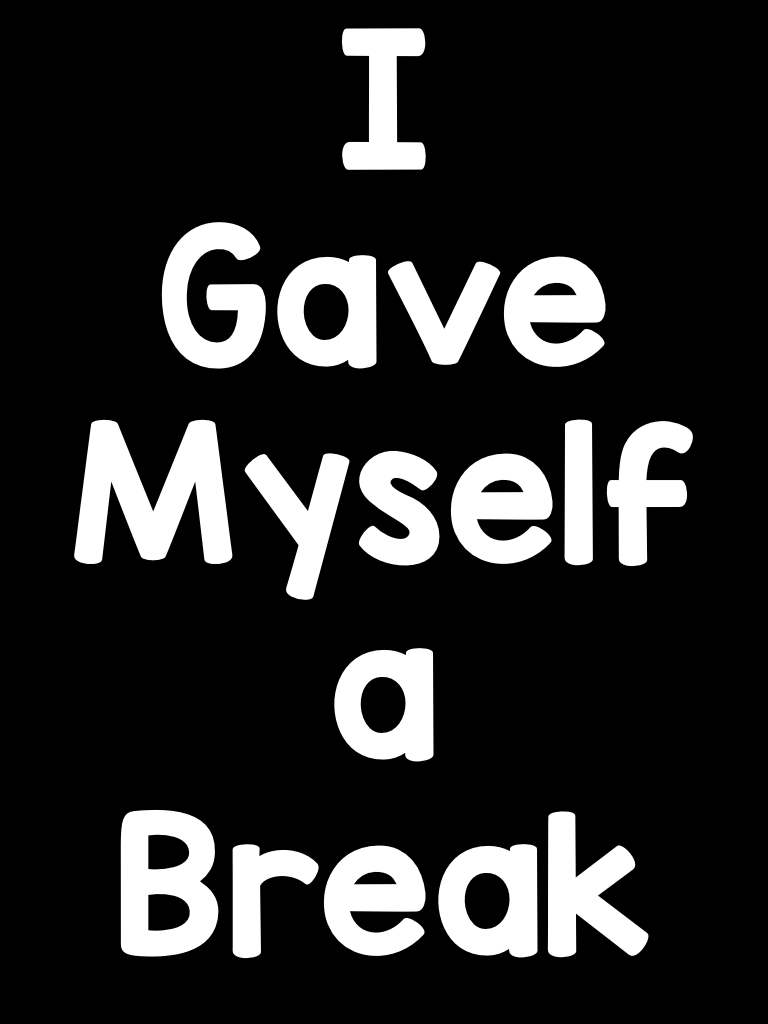 You may have noticed that I didn’t blog this week.

Or maybe you didn’t know, and now I’m pointing it out to you, which is really dumb of me in hindsight.

I gave myself a break.

I had a busy week, and then I came home and did school stuff every night.  Oh, and we’re trying to eat healthy and be healthy so Steve is cooking and I’m doing dishes all the gosh darn time.  ALL THE GOSH DARN TIME.

I’m hungry.  Not in the real sense of the word.  But if someone gave me a bag of nacho cheese Doritos, I might just go hide in the closet and eat the whole thing, and not share it with anyone else, and then lick my fingers and shake the bag up and down in the hopes that there was one last chip in there.  And you don’t even want to know what would happen if it was a bag of Cheeto puffs.

I’m also trying to exercise and, apparently, I exercised wrong because now my back hurts.

I literally have an aching back.

So my back hurts, I’m hungry, I worked all week, then I came home and worked some more, then I did the dishes which only had chicken and vegetables on it (and no bread of any kind or a mashed potato in sight), and then, if I was lucky, I got to watch a reality TV show.

On Wednesday, I said to myself Self, you better blog!

On Thursday, I said to myself Self, you better blog!

But it was already Thursday and if I had written a post, and published the post, it would have been late Thursday night which is practically Friday and here it is Saturday so there you go.

I GAVE MYSELF A BREAK.

I hope you forgive me. 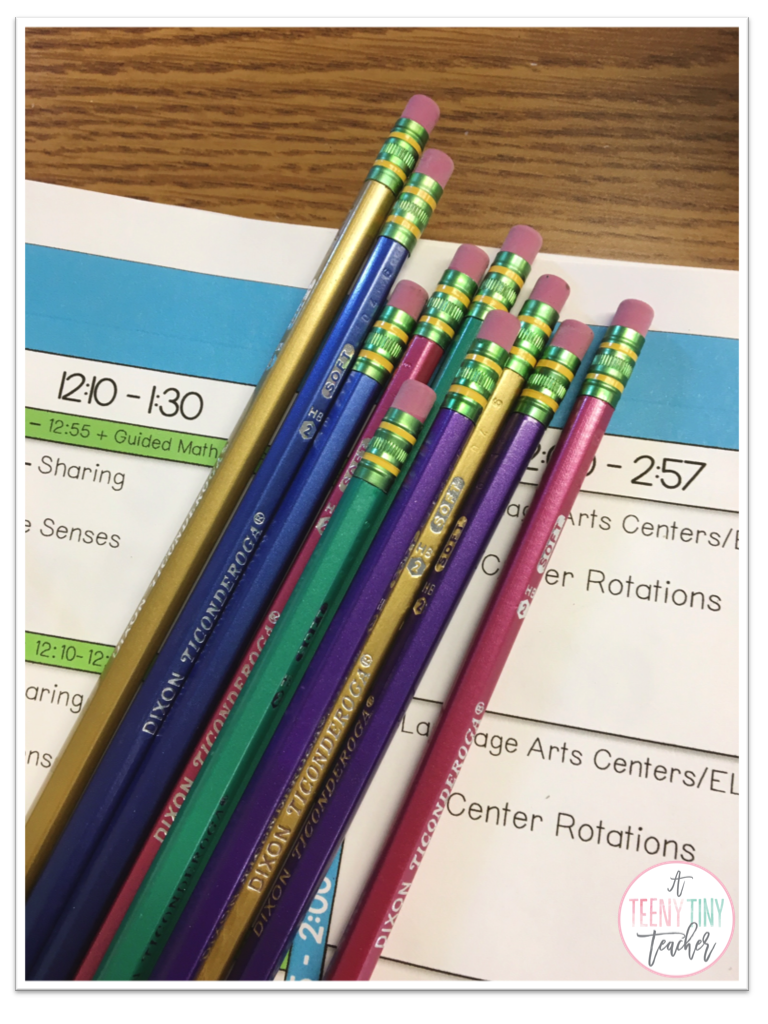 Be still my heart.

Dixon Ticonderoga pencils, how I love you.

My friend (and current parent), Nicole, donated supplies to my classroom and I found these in the bag!!!  She knows me too well!  Look how pretty they are!

And they came PRE-SHARPENED.

That’s how much I love Dixon Ticonderoga pencils.

I just love these pencils.

I love the way they write.

I love the way they sharpen.

I love the way they look.

These are only for me.  I do not share these with my kiddos.  They have their own pencils.

Some kind of number two such and such type of pencil that almost never sharpens correctly.  And generally has itty bitty first grade teeth marks in it.

So my kids are fine.  Obviously.

They’ve got their own pencils. 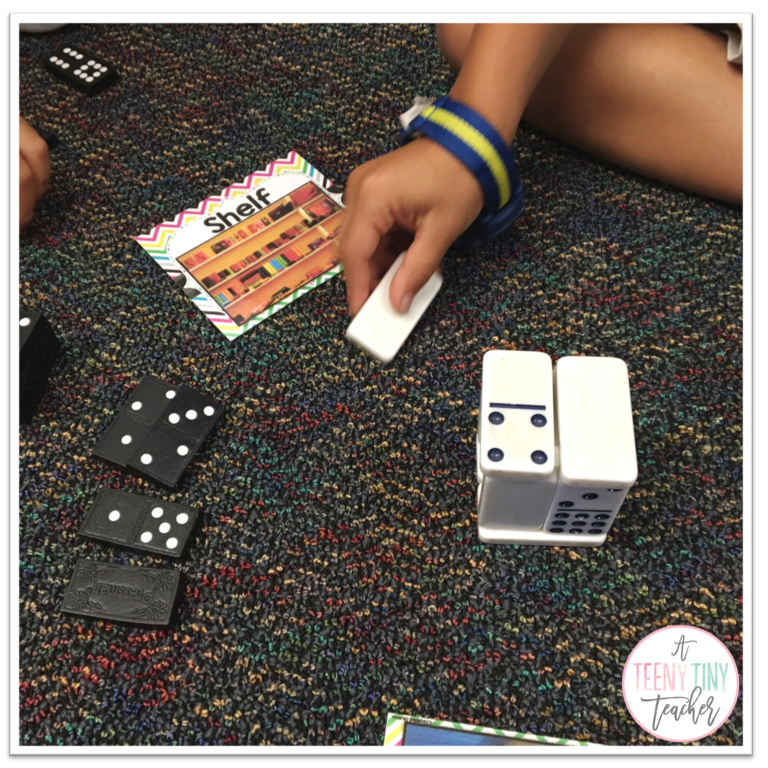 During the TpT One Day Boost Sale, I purchased Brooke Brown’s {Teach Outside the Box} Stem Bins.

They are SO MUCH FUN!

Her idea is to use them for early finishers, but right now, while I introduce them, I’m using them in a center.

So far, my kids ARE ALL ABOUT IT. 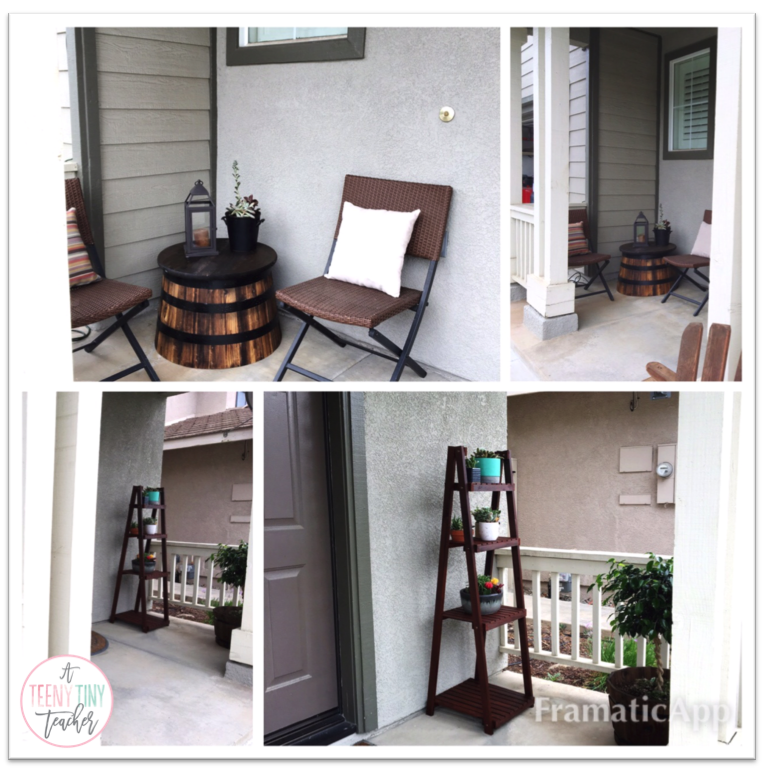 Our porch is coming along!

I went on Pinterest for some ideas and then Steve and I agreed on a couple and we went to Home Depot.  We went the cheap route . . . which means those chairs are from our backyard, the tiered shelving is from Amazon and was about $30 (it’s sort of rickety, but it works, and Steve stained it) and that wine barrel thing is not a wine barrel thing.  It’s actually a pot flipped over with a circular piece of wood on top (Steve stained it).  I think the most expensive thing was the lantern because we found it at Pier One and if you know Pier One . . . well, nothing is cheap, that’s for sure!  We put a candle in it because it was just begging for one, but after all the hot days this week, it melted.

HAHAHA!  We laughed so hard.

I’m going to fill that lantern up with mini pumpkins (do real pumpkins melt, I wonder) for the fall, and then mini ball ornaments for the holidays, etc.  This is not normal for me.  I do not generally decorate my house (I KNOW) so I’m becoming a whole new person.

I’ve been on Pinterest looking for some “outdoor wall art” and I’ve come across some really cool personalized address and name signs.  Or initial signs.  Or those things that say “established 2002” etc.  I also saw one that said something like “Unless you’re bringing free beer, ammo, or selling Girl Scout Cookies, get off our porch”.   I’m leaning towards that one, but will probably adjust it to say free wine. 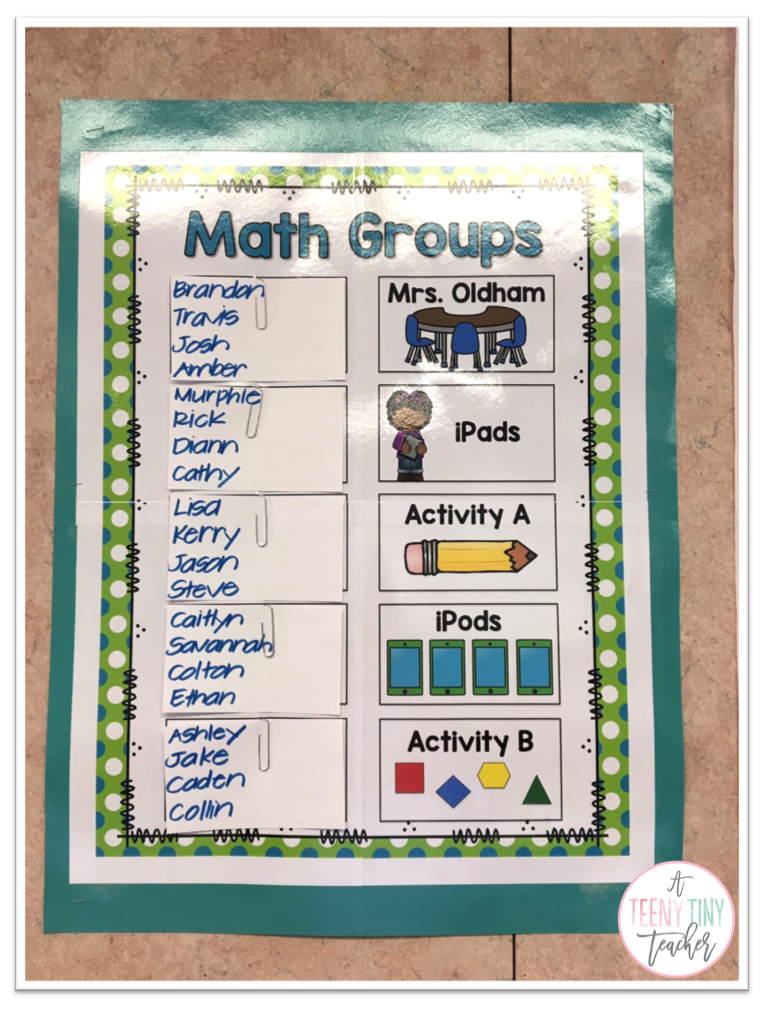 The names on the cards are NOT kids in my class.  These are people in my family or Steve’s!  🙂  And, sadly, it’s not like I have a small class of 20 students.  I have 30 and who knows when the last two are going to show up.  I also just realized I forgot to write my niece, Madison’s name, so oops.  I’m sorry.  It was an accident!  Kerry, please don’t call me.  😉

I am so proud of myself!

I am ACTUALLY doing Guided Math!  It’s not just something I’m talking about doing!  IT IS HAPPENING!

I’ve made it one of my professional goals for the year, too.  Look at me!  I’m doing Guided Math and STEM stuff and decorating my front porch and going on Pinterest!!

The first week of school, we did Math Tubs.  You can download Reagan’s How to Launch Guided Math to see what that’s all about.

This week, I implemented two Technology centers (iPods were donated and iPads are a combo of me saving up and using old ones that Steve and I have) and I included ME as a rotation.  Activity A was a pencil/paper/dice thing and Activity B was pattern blocks with cards (I use Crayons and Whimsy’s cards and Katie Mense’s cards).  I purposefully kept Activity A and B vague because I want to be able to switch out the activities easily and NOT have to make new labels each time or whatever.  I also could have called them Math Tub 1 and 2, but I have Center Tubs with numbers and didn’t want to confuse anything.

I still had my kids in Table Groups this week, just so that we could get used to the whole rotation thing.  We did, in fact, “do math” when they came to my Teacher Table so I was able to take some notes on my kids regarding their math knowledge.

We took a very short little pre-test yesterday and I grouped them by ability level so that we can hit the ground running on Monday in actual math groups for Topic 1.  Depending on the day, we will get through three or four rotations.  I’ll just move the cards with the kids’ names after each round.

I AM IN HEAVEN.

I look forward to math now.

I can’t wait to tell you more about it as the year goes by.

Also . . . tomorrow, check back for a little paper clip tutorial on how I made that poster.  It helps when you don’t have velcro, magnets, or think you might be changing cards a lot (which I might with math groups since they’re flexible groups).

Have a great Saturday!