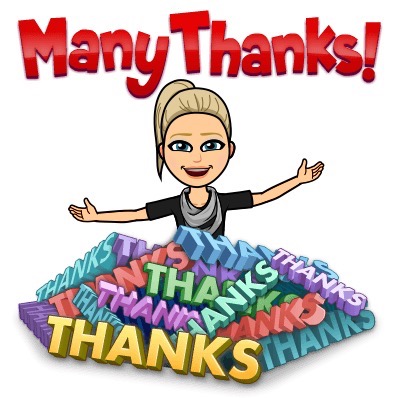 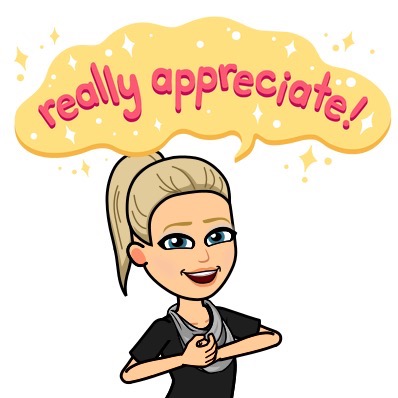 I can’t thank you all enough for your prayers (AS ALWAYS) about my latest little predicament.  I do feel like the floaters are getting better, especially when I’m inside.  I get relief by being inside my house in natural lighting.  Instead of SEVERAL floaters, I’ll only see one or two, and sometimes, I won’t see any at all for minutes at a time.  During those times, I’m completely aware that I am seeing clearly and I just thank the Lord!!  They are still pretty bad when I’m outside or in florescent lighting, which means BASICALLY I’M A WRECK WHILE I’M AT SCHOOL.  Ha!!  Seriously, though, I do feel better about the whole situation and I know it’s because of you all and everyone who is praying for me.  God is good ALL THE TIME.  And ALL THE TIME, God is good. SO!  I see the ophthalmologist this Friday and I’m hoping maybe she will be able to help me or we can do something preventative for the future. 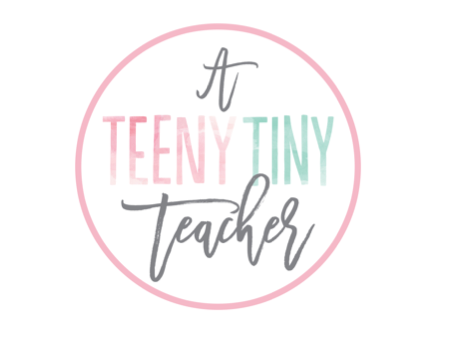 Putting my Blog Button right there is my way of starting a new topic.

Last Saturday, a bunch of us from school went to see Gerry Brooks.  Which, by the way, if you didn’t know, his name is pronounced GARY.  This whole time, in my head, and to others, I’ve said JERRY.

And now when I tell people that Gerry Brooks is pronounced GARY BROOKS, people argue with me.  I’m not kidding.

But he told us this RIGHT AWAY.

My mind was BLOWN and it was pretty much the first sentence of his concert.  Was it a concert?  A presentation?  A conference?  Stand up?  I really don’t know.  All I know is that I went to a high school auditorium with a ton of friends and laughed and laughed and laughed, and then felt all sorts of emotional and inspired and motivated.  If you get the chance to see him, I highly recommend it.

One thing that really hit home was school culture and how it’s not up to others or your administration or anyone, really, to improve the culture of your school.  It’s up to YOU.  As in, ME.  And that there are tiny, small things one can do to lift others up.  Obviously, food is one way (my favorite way!) – just bringing in treats for others makes a difference!  But another idea he had was to start a compliment journal.  So you write a compliment to a colleague in a journal or a spiral bound notebook, and then that person gets it and writes a compliment to someone else, and the journal keeps making the rounds through the whole staff.  And you can read your own compliment, but also all of the other compliments!

So . . . first thing Monday morning, someone had put a compliment journal in my box!  And it was the sweetest compliment and I felt so happy inside!  So I wrote a compliment right away to someone else and passed it on.  Then the next day, it was back in my box.  And my first thought was okay, this person doesn’t understand how this works, but guess what?

IT WAS A DIFFERENT COMPLIMENT JOURNAL.  And it had been written in three times already and I LOVED reading the other compliments about the other staff members.

Apparently, THREE journals are going around our school.

Isn’t that the absolute coolest thing ever?! 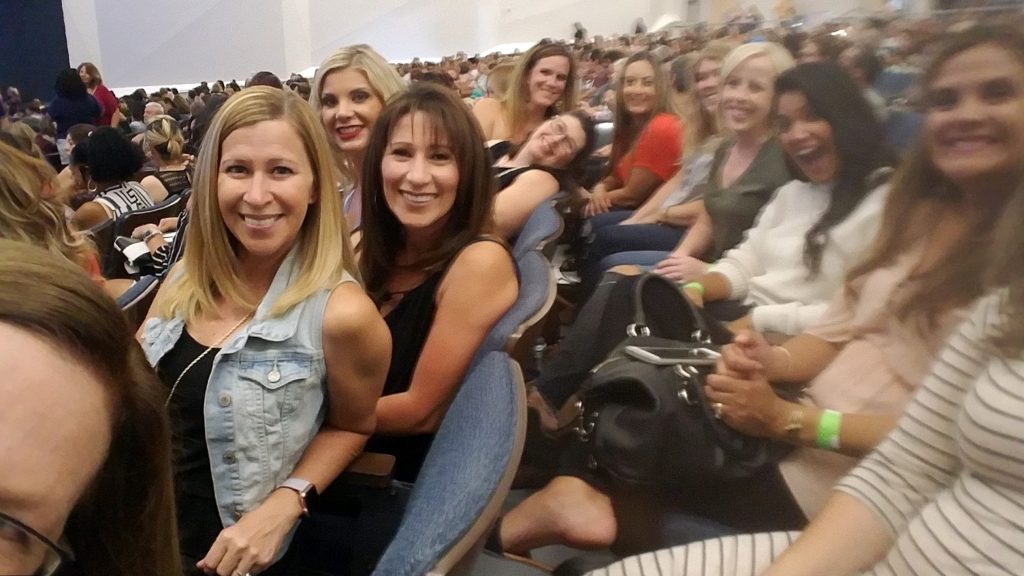 Gerry Brooks ended with a prayer for all of us.  I absolutely loved that!!!

Afterwards, we all went to the Spaghetti Factory where I had a glass of wine, way too much bread, delicious fettuccine alfredo, and lots and lots of laughter!  🙂  We ended the night at a friend’s house outside by her fireplace.  It was FANTASTIC!

Earlier this week, my friend, Natalie, texted me asking for prayer.

I don’t know if you’ll remember this about my friend, but she was at my school for TEN YEARS and got displaced.  TEN YEARS!  Basically, there was no more room for her at the inn, and she was FORCED to leave.  This was two years ago.

She ended up teaching first grade at a nearby school.  We have stayed in touch, and we share ideas, and get to see each other at district stuff.  Her first year at the new school, she was alone.  Then, last year, another one of our teachers, Loara, left, to go share a contract with her.  I don’t know if you have shared contracts where you teach, but basically two teachers share one contract and teach part time.  So Natalie teaches Mondays, Tuesdays, and every other Wednesday, while Loara teaches Thursdays, Fridays, and the other Wednesdays.  It is perfect for moms, and both of these girls are moms of young kids.  In fact, Natalie’s daughter started kindergarten at her school this year.

Well, believe it or not, at the end last year, these two got bumped out of their first grade spot.

They started teaching second grade the week before me because their school wasn’t affected by the Holy Jim Fire.

So they’ve been teaching for four weeks.

And on Wednesday, they were told that their class was being collapsed and that they had to MOVE SCHOOLS.

I read her text and seriously COULD NOT BELIEVE MY EYES

And now she’s at this other school which bumped her to fifth, let her go down to second, and then bumped her RIGHT OUT OF THE SCHOOL.

I just want to cry for her.  I feel so guilty about my journey when I look at her journey!  I wonder why?!  WHY?!

So now Loara and Natalie will be teaching kindergarten at another school in our district.

Natalie and Loara had to move out of the classroom AGAIN.  If you’re counting, that makes move number three for this year alone.

Our kinder teachers told them come here and we will give you whatever you need.

So they piled up carts with stuff for them.

And then yesterday, a bunch of us went to their school and set up their room. 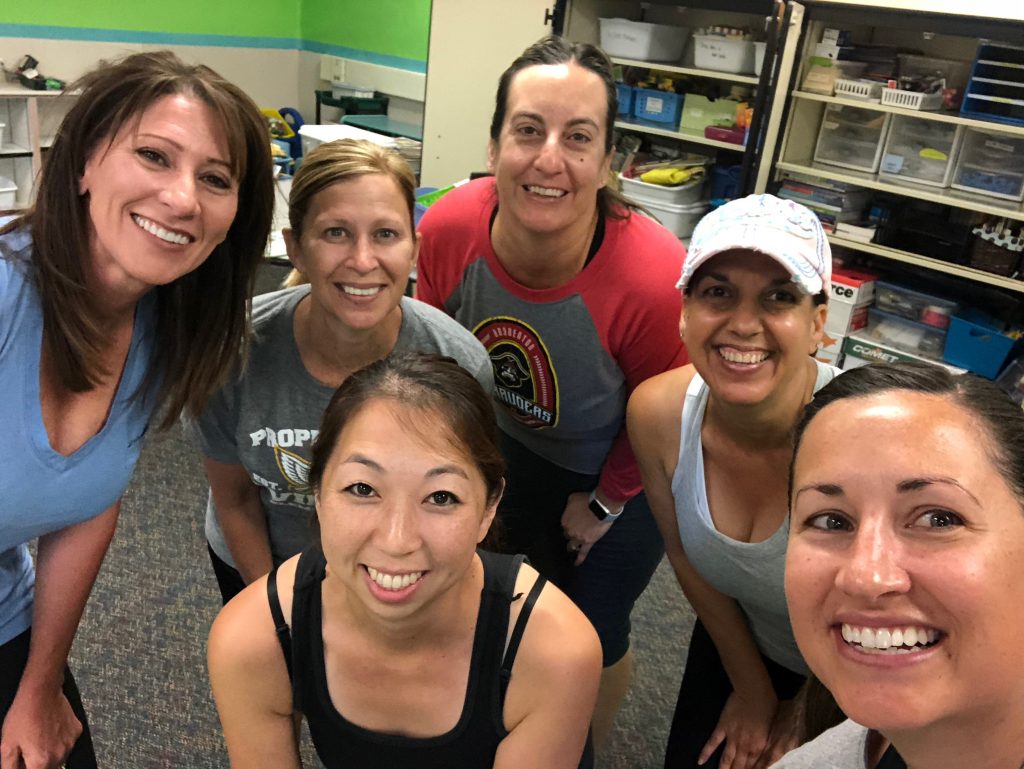 Loara is front and center and Natalie is on the far right.

I’m not wearing make up so you may not recognize me.  🙂

One of the teachers had left before we took this picture, and we’re all mad we didn’t take before and after pictures, but here we are.  One teacher from first, second, third, fourth, and fifth grade came to help them unpack and set up their room.  I sent a text out on Friday night saying something along the lines of if you can come help for a bit, we’ll be there between such and such time” and five teachers showed up THE NEXT DAY.  At 8am.  On a Saturday.  In between soccer games and baseball and whatever else everyone had going on.

Their room is ready for 25 new kinders on Monday.

The teachers I get to work with are amazing.  I am privileged.  I have no idea what makes me think I can complain about anything.

I think it speaks volumes when two of our own who haven’t taught with us for two years are bumped to yet another school, and we show up.

I feel like this is exactly what Gerry Brooks was talking about.

And we have some compliment journals going around.

And I have nothing whatsoever to complain about.

So stop me if I even attempt to try!!!

Have a wonderful rest of your Sunday!